Neurosurgery is concerned with evaluation, prevention, diagnosis and treatment of disorders of the autonomic, peripheral and central nervous systems and it also include their vascular supply and supporting structures. This medical specialty is also concerned with treatment and evaluation of pathological processes which changes activity or function of the nervous system such as non-operative, operative and hypophysis management of pain.
The neurological surgery treats the disorders of the nervous system of the pediatric and adult patients –

Endovascular Surgery
Endovascular Surgery is a minimally invasive and innovative procedure to treat different problems that affect blood vessels namely aneurysm. An aneurysm is the condition where there is ballooning or swelling of the blood vessel. Endovascular surgery in an alternative to open surgery that offers numerous benefits such as less discomfort, quick recovery, less stress on the heart, smaller incisions, regional or local anesthesia and less risks for patients having other medical conditions.

Arteriovenous Malformation (AVM)
The circulatory system defects are termed as Arteriovenous malformations (AVMs). These AVMs develops after birth or during fetal or embryonic development. AVMs are made up of snarled tangles of veins and arteries. The oxygen rich blood is carried by arteries from the heart to the cells of the body and oxygen less blood is carried by veins to the heart and lungs. AVMs obstruct the vital cyclical process of arteries and veins.
Many neurological symptoms are caused by AVMs that differ from person to person. The symptoms also depend on the location of arteriovenous malformations. The presence of AVMs can be diagnosed when there is a specific auditory sign known as bruit (meaning noise). This bruit symptom is extremely severe and the sound it makes can be like a torrent of water speeding out from a narrow pipe. This bruit can result in psychological distress and can also disturb sleep.
Parkinson’s Disease
The nervous system disorder affecting the movement of a person is known as Parkinson’s disease. This disease develops slowly and sometimes there is only a tremor in one hand. Tremors are regarded as a significant symptom of this disease and can result in slowing or stiffness of movement. A person may not be able to swing their arm while walking at the initial stages. This progressive disease can lead to slurred speech also. Its symptoms include –

Stereotactic Neurosurgery
Stereotactic neurosurgery is a minimally invasive procedure that include therapeutic and diagnostic procedure. Stereotactic neurosurgery is concerned with epilepsy, several chronic pain syndromes, movement disorders and obsessive-compulsive disorder. The mapping of the brain is done in this procedure through 3 dimensional coordinate system. 3D computer workstations, CT scans, neurosurgeons and MRI are used for targeting specific area of the brain in 3D coordinate system.
Deep Brain Stimulation The neurological treatment where mild electrical signals are stimulated in different parts of the brain is termed as deep brain stimulation. The electrical impulses of the brain are reorganized by the signals that results in improved symptoms in different situations affecting the brain. The stimulation given depends upon the condition of a patient and can be given in either one or both sides of the brain. During the procedure, electrodes are connected by wire to an impulse generator device (a type of pacemaker device). When the device gets activated, it sends electrical pulses to the targeted brain areas. The impulses are then blocked causing tremors.
Stroke
A stroke is regarded as a medical emergency where there is an interruption of the blood supply in the different parts of the brain. The brain tissue is deprived of food and oxygen and brain cells starts to die. An immediate treatment is required in this condition. The strokes can be both prevented and treated. The prominent factors that can cause the condition of stroke are high cholesterol, high blood pressure and smoking. Symptoms of stroke include weakness, vision problems, problem in talking or walking, high blood pressure, slurred speech, confusion, a sudden severe headache and dizziness.
Cost of Neurosurgery
The best neurosurgery hospitals are available in India has highly experienced neurosurgeons and latest equipments. All the hospitals in India perform both high-end and complex neurosurgeries in more than 2000 hospitals. The neurosurgery in India is available at a very low cost. 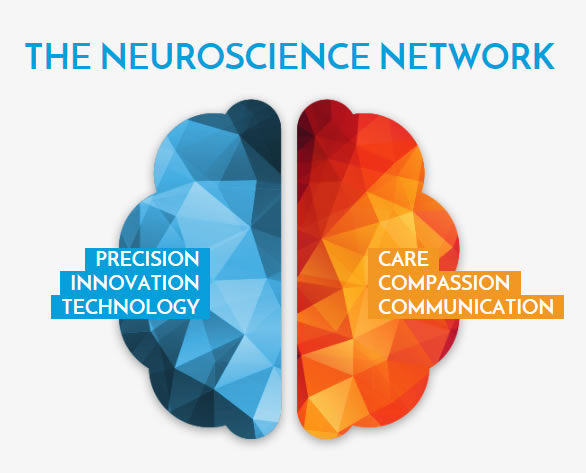